The new Fire Safety Bill for England and Wales was signed into law on 29th April 2021.

The new Fire Safety Bill for England and Wales has been lauded by some in our industry as the answer to many of the challenges that we face in the post-Grenfell era, but it may not be as far-reaching as many had expected. Stacey Adams, Market Development Manager at Apollo, takes a look at the FSB, what it contains, what it aims to achieve, and its implications for the fire industry.

The new Fire Safety Bill (FSB) for England and Wales aims to address the multiple deficiencies of guidance and legislation thrown up by the Grenfell disaster. Although it was introduced in 2019 and has taken almost two years to pass through Parliament, many of its key provisions had already been introduced as best practice guidance. Now that it has finally become law, it is vital that we understand the content of the FSB and its long-term implications for fire manufacturers, installers and end clients.

So, what is the FSB and what does it aim to achieve? The tragic events of Grenfell showed us that the previous attempt to unify fire legislation in England and Wales, the Regulatory Reform (Fire Safety) Order 2005, was no longer fit for purpose, especially in relation to high-rise residential blocks. New legislation had already been enacted in Scotland, and the UK government was keen to follow suit.

Without actually replacing it, the FSB clarifies a number of ambiguities in the 2005 law, such as whether references to external walls in the Order include “doors or windows in those walls” and “anything attached to the exterior of those walls (including balconies)”. It also dictates the specification of entrance doors of residential units that open into communal areas. The amendments contained in the FSB aim to increase enforcement action, “particularly where remediation of aluminium composite material (ACM) cladding is not taking place.”

The FSB applies retrospectively to existing apartment blocks, where it is likely that further updates will be required beyond the replacement of any defective cladding that has already been identified. This could include replacement of non-compliant doors and windows, as well as the main entrance doors to each flat, and the investigation of fireproof walls and voids to ensure that no breaches in the compartmentation have occurred.

Impact of the FSB

The FSB is going to have a major influence on the design and specification of multi-occupant residential blocks in England and Wales over 18 metres in height. Safety in these blocks has been debated since the Grenfell fire, relating primarily to the catalogue of human and material errors that contributed to it.

The key issue that led to the spread of the fire at Grenfell was the fact that the cladding nullified the compartmentation measures by allowing the fire to jump from flat to flat via the external walls. The 1960s designers had ensured that each flat was effectively an individual fireproofed zone, but this was useless once flammable cladding was attached to the exterior. This is one of the primary concerns that the FSB seeks to address, while also ensuring that fireproofing is not compromised internally, either through the use of non-compliant fire doors or other breaches of compartmentation, such as pipework and wiring that is not properly installed.

Rationale behind the FSB

In the government’s own words, the Fire Safety Bill is intended to “ensure that people feel safe in their homes, and a tragedy like the Grenfell Tower fire never happens again.” The FSB can certainly not be faulted for lack of consultation and it has been warmly welcomed by the National Fire Chiefs Council (NFCC), who feel that it “should contribute to the public feeling safer in their homes.”

However, the FSB is not a magical elixir that will solve all of the issues relating to fire standards in England and Wales. Even the NFCC see it as only the beginning of the process and it is openly intended to correct the most serious issues in the Regulatory Reform (FireSafety) Order 2005, while also serving as the  basis for secondary legislation relating to fire safety, fire drills and evacuation, which may include writing the new BS8629 evacuation guidance into law.

Why was FSB delayed?

The FSB’s progress through Parliament was hindered by the ongoing debate over cladding remediation and who should pay for it. In March and April 2021, the government used its majority to overturn amendments by the House of Lords, and further attempted amendments in the Commons, which would have prohibited remediation costs being passed on to building residents for fire safety deficiencies over which they had no say. While the government has separately introduced some measures to support the replacement of
defective cladding, it was unwilling to sanction what could potentially have amounted to a blank cheque.

Some politicians and campaigners don’t feel that the FSB goes far enough in terms of standards and regulations. This was illustrated in September 2020, when a Labour amendment, which called for the interim recommendations in Phase 1 of the Grenfell Inquiry Report to be written into the FSB, was defeated in the Commons. The government argued that any amendments would only further delay the FSB, although it did pledge that further new regulations would be introduced as necessary based on the final Grenfell Inquiry Report.

The definitive timescale for implementing the new standards in existing buildings has not been confirmed and there are some potential downsides for owners and leaseholders in affected blocks. In addition to proof that defective cladding has been resolved, it is likely that mortgage lenders will require copies of any surveys and reports relating to compliance with the FSB. For residents already faced with bills for Waking Watch, upgraded fire systems, BS8629-compliant evacuation systems, sprinklers and cladding, this could add further expense.

This is why some politicians and industry insiders are calling for additional support to be made available alongside the FSB. While there is broad support for the additional £3.5 billion in funding for defective cladding announced in February 2021, they fear that this could be cancelled out by new costs relating to the provisions of the FSB. 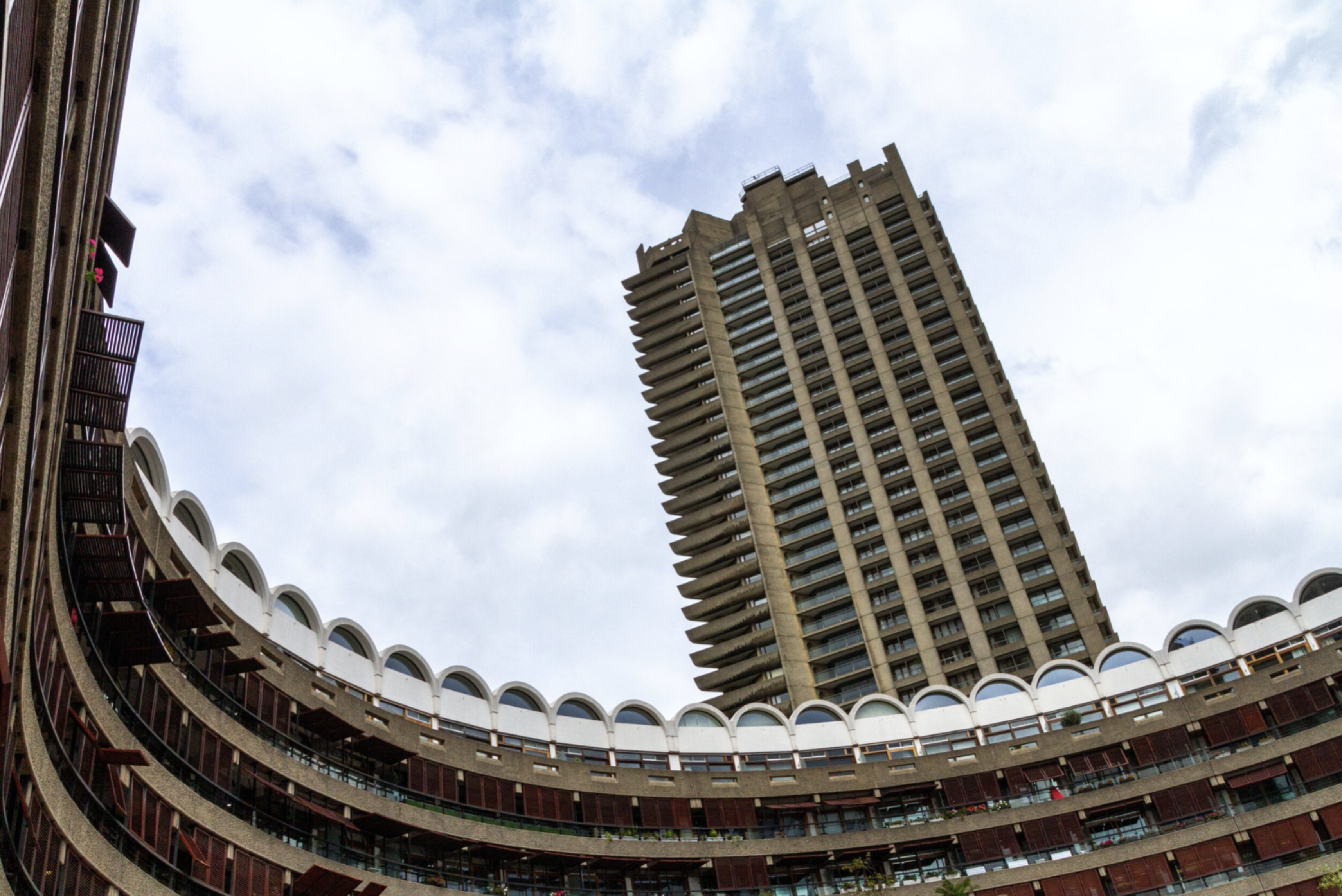 Challenges created by the FSB

For building managers, specifiers and designers, the challenge will be to meet the new FSB standards, while also managing the expectations and concerns of residents. The simple fact that improvements to these buildings are vital will not cancel out the fact that their implementation may be complex and, is some cases, prohibitively expensive for the people living in affected blocks.

The first challenge is to ensure that short-term measures are in place to offer maximum protection until the building has been surveyed to identify any areas of non-compliance with the FSB. If the building already has defective cladding, it is likely that these measures, which could include expanded fire systems, Waking Watch and planned evacuation strategies, will already be in place. For other blocks, where cladding is not an issue, there may be a need to implement new measures.

Whereas physical changes to the building may take time, the unprecedented capabilities and flexibility of modern fire systems, including detectors and other devices, make it simpler than ever to install a new fire system or update an existing one. This means that it should be relatively straightforward, for example, to expand an existing communal area-only system into the residential units with detectors and sounders, or to install a standalone BS8629 compliant evacuation system.

Since 2017, the fire industry has faced unprecedented challenges, with what amounts to a 30-year backlog of unsafe practices needing to be addressed. While providing welcome clarification on future standards and requirements, the FSB also adds to these challenges by introducing further stipulations for the safety and wellbeing of high-rise residents. These changes are going to happen, but it won’t be overnight.

The challenge is to deliver on the full aims and stipulations of the FSB while also managing the expectations of building occupiers and trying to find a way to make the enhancements in a manageable and affordable way. For this reason, everyone in our industry, from cladding surveyors to building managers and government ministers, must work together more closely than ever before in order to achieve the desired outcomes of safety and peace of mind for all high-rise residents.